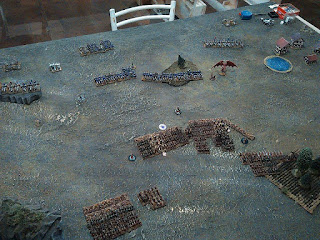 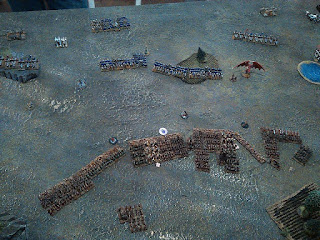 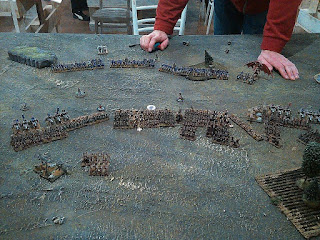 Both skaven wings are instantly crushed :-/ , but chariots are reduced. 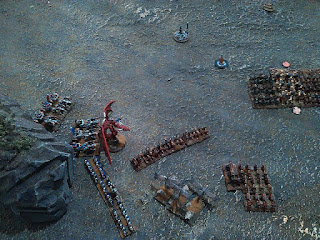 4th skaven turn
Skaven: I have two options. Either evade and try to stop both wings, or move ahead and charge pure skeletons. I chose second option – charge.
On initiative I charged both wings with clanrats (left) and rat swarm (right).
Here it is after first order/move of huge brigade. 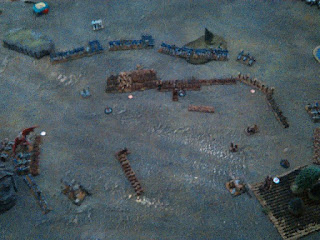 Result of second order (chargé) was 11. So I used Orb of majesty and charged… everything. 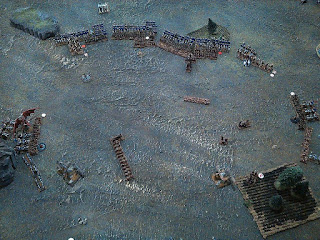 I have too luck, but not enough. One wound left to break undead army. Skaven army was on 10 from 14.
Undead army counter-charged nearby skaven units and destroyed 3 of them – Rat ogres (top left), Warp cannon and Jezzails (bottom right) (13/14). 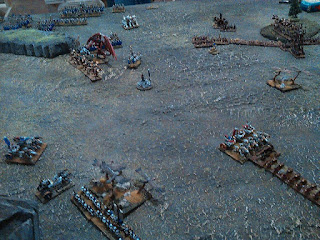 5th skaven turn
Skaven doom wheel charged on initiative Skull chakka and destroy them. Undead army was broken and fled. But Skaven losts nearby 1000pts, Undead only 800pts. So it was tie. 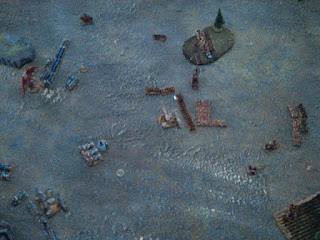 Warmaster is a ruleset for tabletop wargames written by Rick Priestley, published by Specialist Games (a division of Games Workshop, and set in the Warhammer Fantasy setting. It is different from Warhammer Fantasy Battles in both appearance and gameplay. It is intended for 10 –12 mm miniatures. Basic troops are based on stands, of which typically three make a unit. Generals, Heroes and Wizards are mounted individually or with their retinue.

We are community from Czech republic [CZ] and we want to say: Warmaster is living.
Why Revolution ? Because we are working on and testing updated version of WM, which will contain some aspects of WM Ancients. You can find more about WMR here.
Last version of WMR rules (v 1.0) for download is here.
Contacts:
aldhick@seznam.cz Aleš Navrátil
dan.krbecek@gmail.com Daniel Krbeček